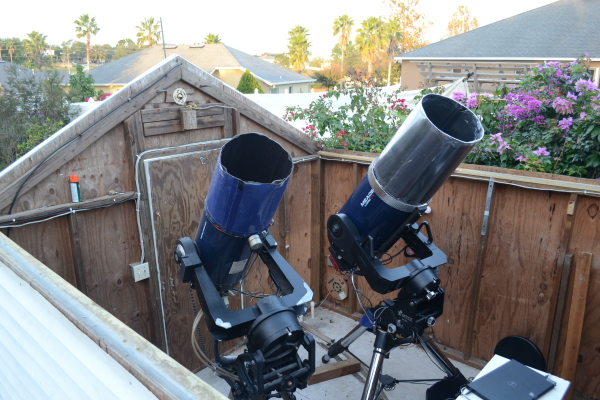 Run by Shawn Dvorak, the observatory consists of 10" and 14" LX200 telescopes used with SBIG STT-8300M and ST-9XE CCD cameras. The equipment is situated in a 10' x 12' outbuilding with a roll-off roof. Computers in the observatory control the telescopes and cameras allowing remote access and control via a fibre-optic network cable to the house. The equipment is is used primarily for automated photometry of variable stars. Thanks to a combination of commercial and in-house software the telescopes can run all night with no human intervention, collecting thousands of star observations